Houshin Engi - What Was Skipped 4 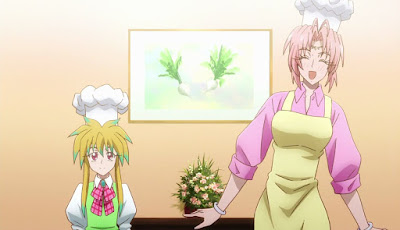 Once again, Houshin Engi tells a good story in the worst way. 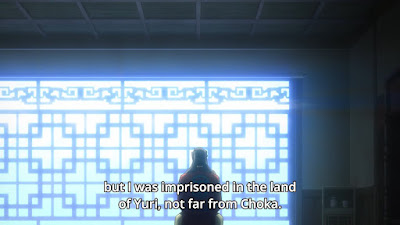 It was a mess.

Seriously, who looked at this and went? Yeah, that's a great way to tell the story. 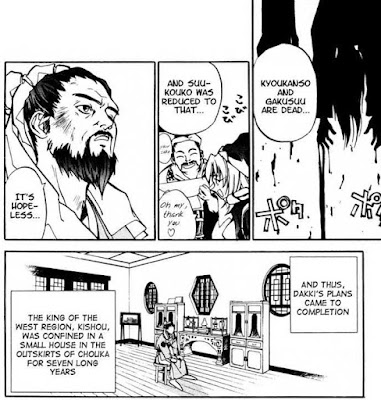 In an earlier post, I talked about some of the cruel things Dakki did in the early volumes. One of them was gathering the four kings that serve the Emperor and killing half. Of the remaining two, one chooses to become a lapdog. The other one, Ki Shou, is too noble for that and sticks to his principles.

For a moment, it looks like Dakki is going to execute him  However, Hiko interferes in his favor and asks the Emperor to spare his life as killing Ki Shou could have negative consequences on the Empire.

Like that, Ki Shou, King of the West, becomes a prisoner. He stays that way for years. 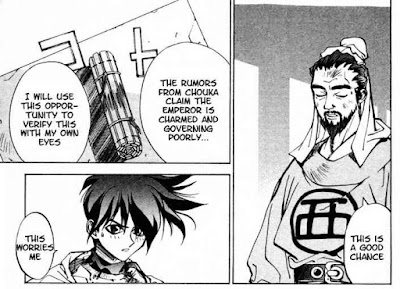 Ki Shou's firstborn travels to the capital to ask the Emperor for his father's release. At this point, I should mention people in other provinces of the Empire don't know how much power Dakki has over the Emperor. They don't even know she is not human.

In fact, one of the reasons Ki Shou went to the capital was because he wanted to see if there was any truth to the rumors of the Emperor going down a bad road.

Anyway, Ki Shou's son travels to the capital. He tries to get his father freed but fails and is killed by Dakki.

Yes, by the way, the hamburger they gave Ki Shou was literally his son. 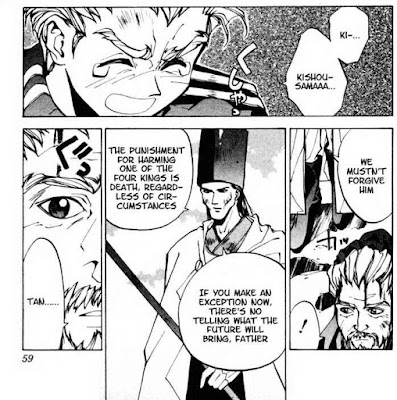 After this, Dakki releases Ki Shou, and he returns to the part of the country he rules over. However, he does not immediately rise up in rebellion. The way in which his son was killed really hurt his spirit.

You know, that one character that suddenly appeared at Taikoubou's side this episode? Yeah, that guy. He actually had a purpose in the story. 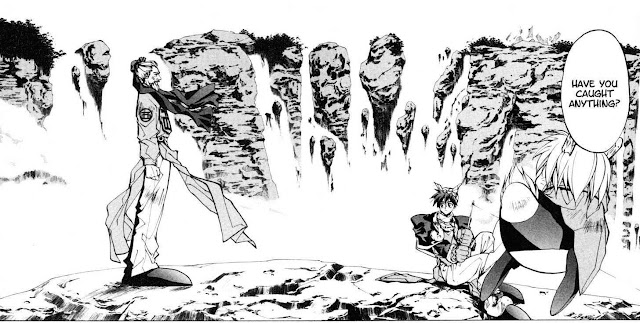 In the manga, Bukichi approaches Taikoubou (who has earned a bit of fame by this point in the story) and asks to become his disciple. However, an accident happens, and Bukichi is jailed and set for execution.

Taikoubou immediately calls out Ki Shou's on this. He's willing to execute Bukichi who accidentally broke the law, but is unwilling to do anything about Dakki who willfully and gleefully hurts countless citizens of the Empire every day.

The words spur Ki Shou to seek advice from Taikoubou who tells him that he must become Emperor.

Ki Shou accepts this burden and makes Taikoubou his strategist. It's a very iconic scene.

It is very unlikely you got anything close to the full experience just by watching the anime.
Posted by Hazard at 1:28 PM

Hazard
What can I say here? Name's Hazard. I like anime. I like manga. Occasionally, I write about it.